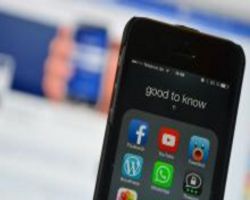 SOCIAL MEDIA AND THE LAW

In our ever changing society no one can deny that social media has become the most effective and immediate way of conveying information.

There is now over one billion people using Facebook on a daily basis worldwide and over five hundred million registered Twitter accounts.

There are however pitfalls that come with great technology and any person’s actions, statements or even omission may lead them to being held legally liable.

The Constitution gives all South Africans the right to equality and non-discrimination, human dignity, privacy, access to information and freedom of opinion, belief and expression. These rights are however not unlimited and do not extend to actions that, among others, advocates hate or discriminates against another based on race, gender and religion.

One of the trending topics related to social media platforms is the act of defamation. Defamation can be described as any conduct which damages someone’s public reputation. For example, if someone spreads a rumour or makes statement about another which may put that person in a compromising or bad light, it is possible that such rumours or statements could be defined as defamatory.

In South Africa the law protects a person’s reputation against unjustified publications, whether oral or in writing. This means that any statement, publication or posting on a social network may form the basis of legal liability.

The question of legal liability is not as straight forward as it sounds. Legal liability does not only apply to the person who initially made the statement but, every person that forms part of the chain of publication of a statement can held responsible for the content contained in such statement.

Simply put, it is possible to a hold a person responsible for republishing, sharing or retweeting any statement which they know or ought to know is defamatory.

But that is not the end, a person can be held equally liable for another person’s posts where that person knows that they have been tagged in such post and allows their name to be used, and fails to take steps to disassociate themselves from the defamatory post.

An example of this is the case of Isparta v Richter and Another. In this matter before the High Court, a woman from Pretoria and her husband were ordered by the court to pay R40 000.00 in damages to the husband’s ex-wife. This was awarded by the court on the basis that the woman had made defamatory statements about her husband’s ex-wife on her Facebook. The posts suggested that the ex-wife was a bad mother and permitted an inappropriate relationship between her step-son and daughter. In this particular case the husband was merely tagged in his wife’s defamatory posts and the court found this to be sufficient for him to be coupled in the offence of defamation.

The moral of the story is – if you are a social media user, you should be proactive in controlling your privacy settings and in future, it may be wise to think twice before sharing or posting scandalous or controversial content on social media.