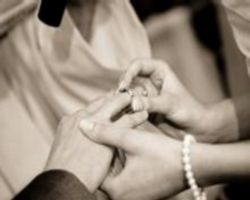 The non-recognition of Islamic and Hindu marriages in South Africa

Islamic and Hindu marriages which are not accompanied by a civil ceremony, either in terms of the Marriage Act (Act 25 of 1961) or the Civil Union Act (Act 17 of 2006), are not recognised in South Africa and the parties are consequently considered as unmarried in the eyes of the law.

Be that as it may, the non-recognition of these marriages in terms of South African law does have adverse consequences, more specifically for women.

Without a legal marriage, the parties are regarded as cohabitants. Simply put, this means that there are certain legal rights that are not available to either party that would ordinarily have been available if they had married in terms of the Marriage or Civil Union Act.

A further consequence is that if one of the parties dies without a will (intestate), the surviving party will not have the right to inherit from the deceased estate as a spouse due to the non-recognition of their customary marriage.

Of course, religious rules regarding sharing of property and maintenance do still apply however, they will not be enforced by a civil court. This means that, unless the party conforms to religious pressure, the other party has no remedies.

In order to avoid this predicament, parties entering into Islamic and Hindu Marriages are encouraged to, after their religious ceremony, register their marriage at the Department of Home Affairs in terms of the Marriage Act or the Civil Union Act.

Should the parties wish to be married out of community of property an ante-nuptial contract must be executed before the registration of the marriage at the Department of Home Affairs. It can, therefore, be said that their religious ceremony has no bearing on their matrimonial property regime in terms of the law.