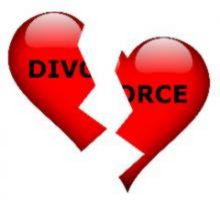 Although the process in South Africa is reasonably simple, getting divorced can weigh down on you not only emotionally but financially too.

Fortunately, the divorce doesn’t have to be as expensive as the wedding.

A consultation with an attorney is the first step you will take. An attorney will explain the entire procedure relating to uncontested and contested divorces as well as advise you on matters such as; the division of assets, arrangements regarding minor children and maintenance.

Divorce action is started by issuing a summons either out of the Regional Division of the Magistrate’s Court or the High Court having jurisdiction in the area where you live.

A summons is a legal document which is drafted according to prescribed rules. It contains particulars of claim which sets out details relating to the parties, minor children, the breakdown of the marriage and the matrimonial property regime.

Once issued, the summons must be served personally by the Sheriff of the Court on the Defendant.

On the other hand, the parties can agree beforehand on the terms of their divorce by entering into a settlement agreement. The initial negotiation phase can be done either by the parties themselves or with the assistance of an attorney or independent mediator.

It is important that an attorney draft the settlement agreement to ensure that all ancillary matters are dealt with.